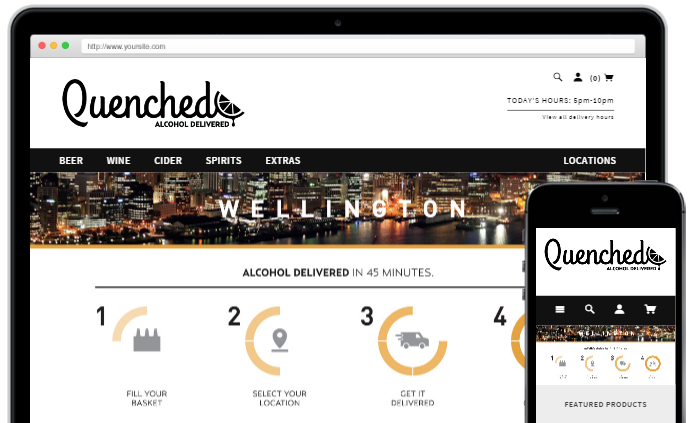 In 2014, I launched my first business which was an on-demand service that delivered alcohol (and some food) to your door in 45 minutes.

The idea came from two of my best friends, who went on a long marathon training run, came home and wanted a beer. "We'll just get some delivered" they thought, and a quick Google search found no such service! This was well before Uber had entered the Australia/ New Zealand market. So we decided to take it on ourselves. Over the course of 8 months we bootstrapped:

We launched in May of 2015 and this happened within a few days...

We ended up on the front page of local newspapers and TV News shows, as well as a British entrepreneurial magazine! And it wasn't all good media attention. We were inundated with demand from day 1.

So, what happened to Quenched?

With everything we did right in the preparation to launch, we failed to do one thing. And that was forecast demand and plan for scale.

To be honest, as three friends, sitting in their apartment, we didn't think the orders would fly in as they did. And hooning around our city, with a promise of a 45 minute gaurantee, we couldn't deliver the promise we set to our customers.

So we temporarily halted our service, and decided to relaunch when we had built for scale. Unfortunatley this process took us many months, and we all returned to our full time jobs...things fell to the backburner.

None the less, building Quenched has been the foundation of my career and my confidence as a technology professional and entrepreneur. It taught me alot, and set me up for my second startup. I am proud of what we achieved with Quenched. As a naive, young 20-something year old, I wouldn't be where I am today.